After working as a lumberjack, carpenter, tool and die maker and soldier, among other jobs, John R. Burt got into the swimming pool business. After a liner he had purchased failed, he recognized the importance of vertical integration to control quality and founded Tri-City Vinyl to manufacture his own pool liners. One day it occurred to him: If his product could keep water in, it could keep water out. In 1978, that insight became the Duro-Last Roofing System.

The majority of roofing system failures then (and still today) are not due to the product itself, but to workmanship on-site. To solve this problem, Duro-Last developed custom prefabrication methods and specialized equipment that allows us to complete nearly 100% of the difficult roof details and up to 85% of field seams under ideal factory-controlled conditions. The result is lower on-site labor costs and better installation quality. Learn more about our prefabrication benefits here. 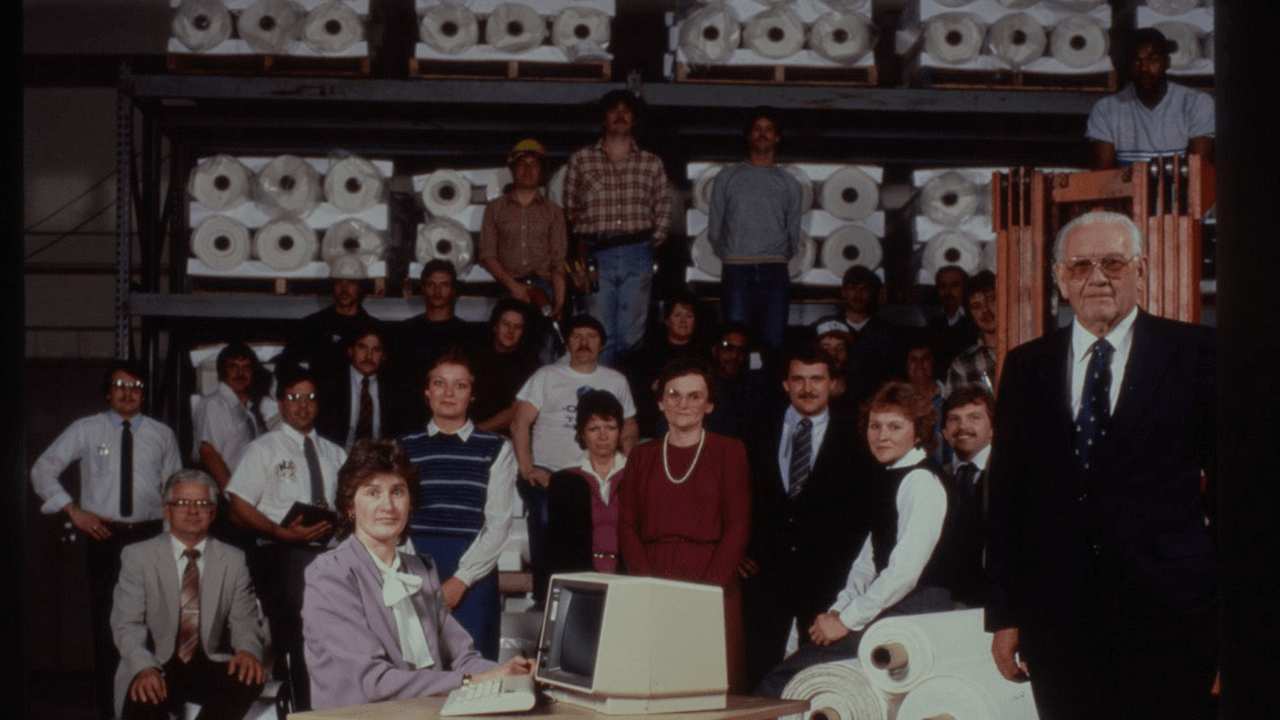 How it All Started

At 58-years-old, our founder, John R. Burt, started a small business that would grow into the multi-million dollar company it is today. John's unique skill set and entrepreneurial spirit eventually led to success, but not without some struggle along the way.

John R. Burt was born on November 8, 1920, to John and Fannie Burt in Mclvor, Michigan. Born into a farming family, John preferred working outdoors over traditional schooling. In 1933, at just 13 years old, John went to Michigan’s Upper Peninsula to work in a lumber camp. A few years later, his work ethic and eagerness were noticed, giving him the opportunity to land the coveted job as a tool and die maker in Detroit, Michigan – a job that gave him invaluable skills he would use for the rest of his life.

In 1941, John left Detroit for Frankenmuth, Michigan, taking a job as a machine operator with Universal Engineering. Again, it was his work ethic and outgoing personality that allowed him to make strong connections that eventually introduced him to the love of his life, Mildred, who he married on November 12, 1942, at St. Lorenz Lutheran Church in Frankenmuth.

John proudly served his country in the Army during World War II. After his service, John and Mildred settled in a small home just outside the City of Saginaw, where they started their family. Daughter Carol was born followed by daughters Sharon, Connie, Kathy and his son, John (“Jack”).

After working factory jobs for several years, John was determined to work for himself. In 1952, John started his own building and remodeling business, Burt Construction. Unfortunately, in 1959 tragedy struck, and John was forced into bankruptcy, losing everything – even the small house that he, his wife and their children lived in. Although this was an extremely trying time, John eventually paid back every dollar owed.

By 1963 John was ready to go into business for himself once again. On October 19, 1963, he joined his friends Earl Leidlein and Carl DeMaet to form Bridgeport Pools. This new endeavor proved successful, and John bought out his partners in 1969. Although successful, John began experiencing problems with faulty pool liners, which led him to the realization that if he wanted to control the quality of the pool liners he sold, he had to make them himself. In 1975 he did just that, and in 1976 Tri-City Vinyl was incorporated.

John eventually sold Bridgeport Pools to his daughter Carol and her husband Neil. Meanwhile, Jack, Sharon and Kathy remained involved in all aspects of the business at Tri-City Vinyl and later, Duro-Last. This was the beginning of the enterprise that is still family owned today. 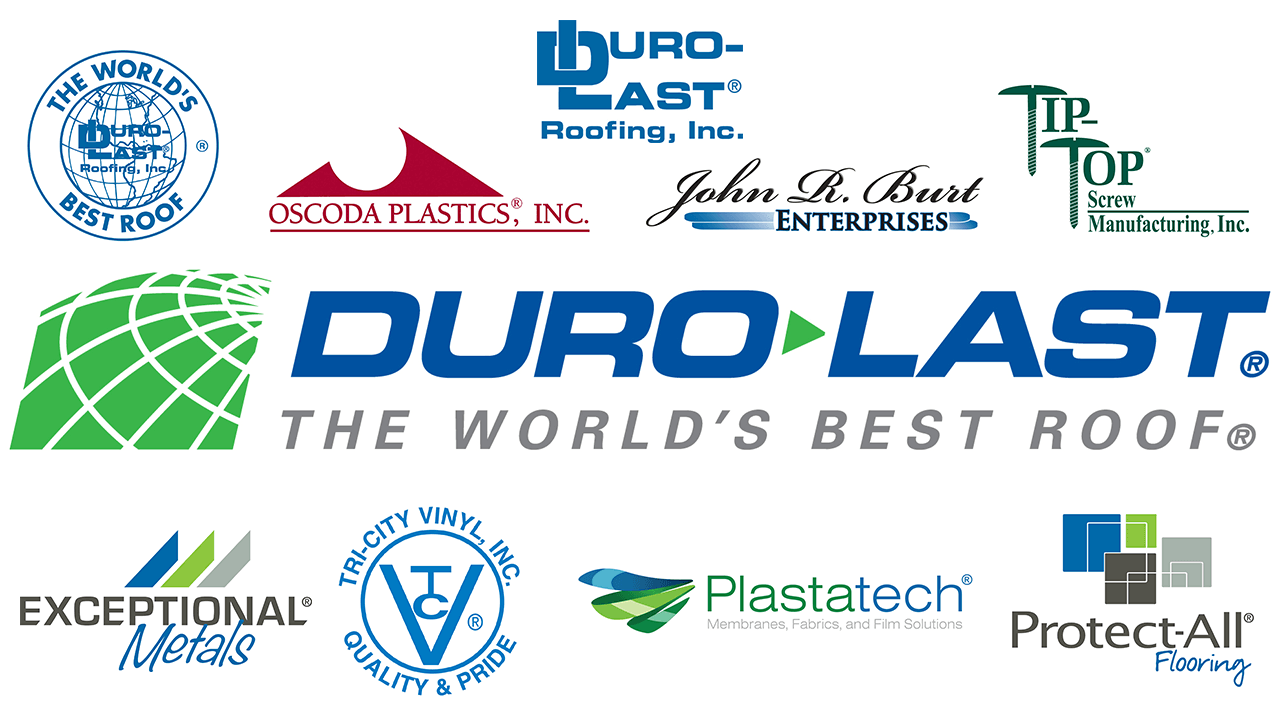 See a timeline of the biggest moments in John R. Burt Enterprises' history. 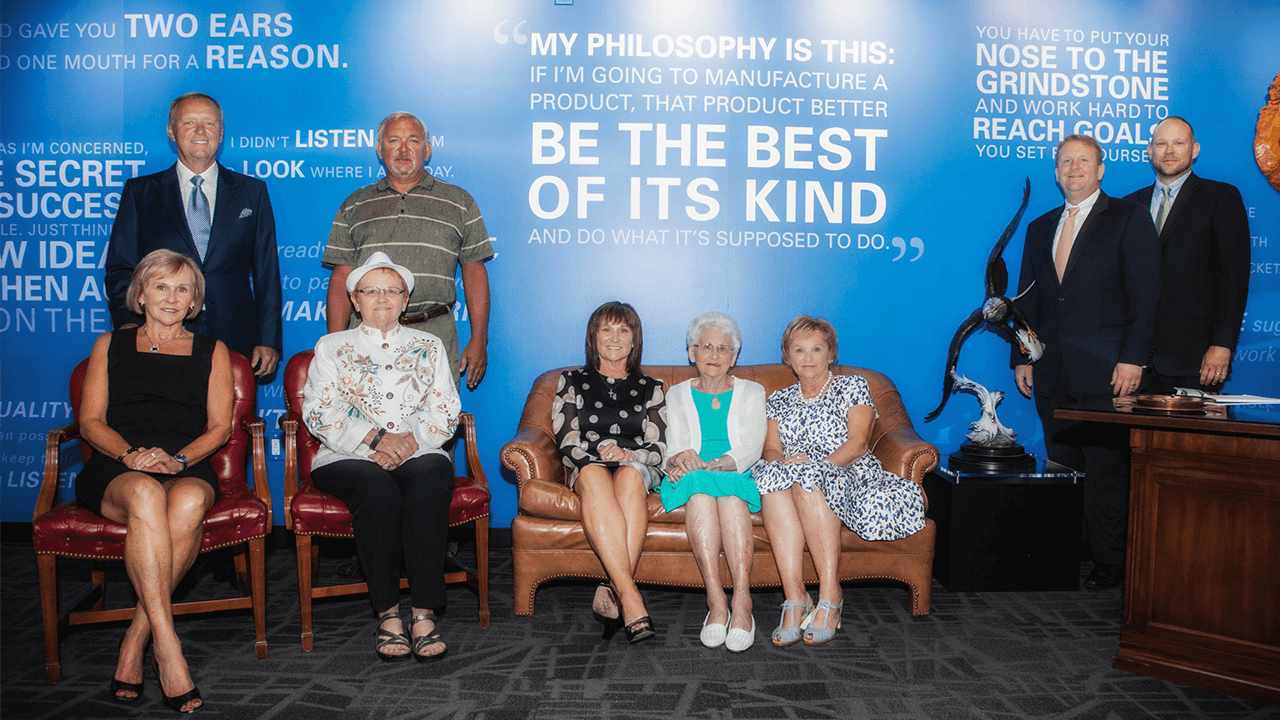 Through the years, John's employees, friends and family remembered some of his most memorable, inspirational and humorous quotes.

“My philosophy is this: If I’m going to manufacture a product, that product better be the best of its kind and do what it’s supposed to do.”

“You’re not doing your job right if you never make any wrong decisions or mistakes; learn from them.”

“God gave you two ears and one mouth for a reason.”

“The best quality a salesperson can possess is the ability to keep their mouth shut and listen.”

“You can’t climb the ladder of success with your hands in your pocket.”